Following on from Her most recent New York City FemDom tour Bossy Delilah keeps on the move early Winter as She first attends this weekend’s DomCon celebrations before heading back to New York City to hold Sessions at Pandoras Box Respectful applications to Serve Bossy Delilah in both of the approaching locations can now be applied for by completing the “Slave Application” form easily found on Her web site & observing the Session request guidelines & instructions. Professional Domination Sessions in New Orleans & New York are currently being scheduled to run from early morning until late at night which are open to novices as well as the more experienced slave & submissive but please note that you will be required to pay an advance deposit in order to secure your appointment. The approaching tour dates & destinations are confirmed as:

Hogspy recently caught up with Bossy Delilah who told told us “I am a modern-day Cleopatra, the Latin Scat Queen that spent quarantine toning my brilliant looks while maintaining that world famous Culo that slaves crave to have their Faces crushed under. The Queen of New York City made Her triumphant return to Her hometown after a 2 year hiatus & completed a successful fall tour feeding slaves at Pandora’s Box. After a short trip back to her home base in Atlanta, I will be the Guest of Honour at DomCon in New Orleans Halloween weekend with sessions at the Dungeon of another FemDom Legend, Mistress Genevieve in the French Quarter. After another quick stop in Atlanta I will make a return trip to NYC in November for my birthday month for another tour at Pandora’s Box. For over 24 years I have trained men to serve at my command. My persona, confidence, & beauty, centred in Her Puerto Rican & Persian roots are the ingredients that ensure naughty men do what I want, when I want. You will quickly find out why I earned the title “Bossy” & why My slaves can never get enough. Don’t miss your opportunity to have your dream Session. Opportunity is not a lengthy visitor. Time to serve, slaves. 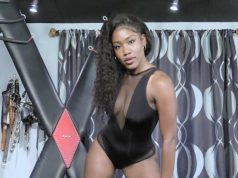 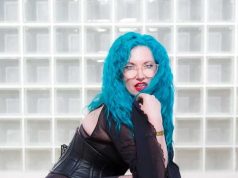 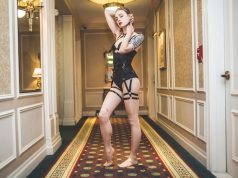 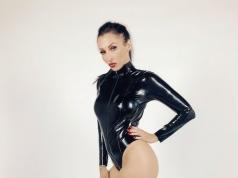 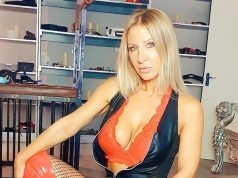